Philippe Capitani Kpi  started to learn music by taking piano lessons in 1979. His teacher was a former Professor who used to teach at the Conservatory in Marseille, France. He has always had a passion for all kinds of musical instruments and computers. He taught himself how to play the guitar, bass, drums and percussion instruments. Furthermore, he did not only focus on a single musical trend, but on several, such as rock/pop, jazz/blues, or ragga/reggae, for instance. In 1990, he met the guitarist from the band « Coup d’etat » with whom he created the band « Aproche« . That pop/rock band gave birth to a whole CD. In 1995, he became the drummer of the band « Venus« , a funk/rock band with which he toured in Marseille, France, for a couple of years. In 1999, he met the band « Nataraj », a traditional Indian music band. With his addition to the band as a techno music player, the band Nataraj-XT (EMI) was born, spreading live Indian-techno music anywhere… He’s learning Tablas with Laurent Gherzi from Duo Saaj Tablist. In 2013 he bacame composer musician for Artonik street art company, and toured with « the color of time » show. Adlib Jazz Band on Hearthis Instruments : Drum, Guitar, Bass, Keyboards sampler,Tablas. 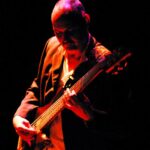 Laurent PERNICE Beginnings in Toulon (south of France) After having taken part as a bass player in various groups of the area, I launch out some experiments on four-track-cassette-tape and a computer. Thus is born, almost unconsciously, my first solo album, « Détails », come out in 1989 by Permis de Construire (Nancy). New music? Industrial music? In any case, very personal. Two choreographers are interested in my work, use it in their show. The critical greeting is very good.Website 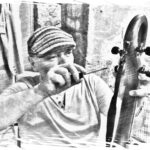 Dom is the best wind instrumentist in France.